Lowe's Shuts Down a Handful of Stores, Distressing More of the Gentlefolk 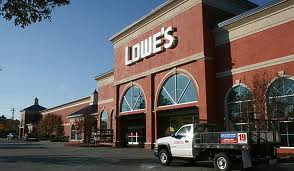 Store Closing Fact Sheet - 10.17.11
An interesting document, and the thing that caught my eye is the fact that, from New Jersey to Maine, things aren't going very well for Lowe's right now. With almost half of the stores being closed in this area, there isn't much to celebrate in the economy right now. If Lowe's can't make it, what does that say about the possibility that a lot retail businesses are on the verge of folding? And, if they are, doesn't that mean thousands and thousands of people who are now underemployed are going to be out of work?

No wonder people are Occupying Wall Street. Every time there's a clear indication of what's going on, we get media confusion and obfuscation. It's a better story when you can read about the dirty hippies stealing from each other and doing drugs, isn't it? Meanwhile, thousands more out of work.
at October 18, 2011 No comments:

The Theft of Cultural Treasures

Neil Brodie et al (2000), Stealing History: The Illicit Trade in Cultural Material, Commissioned by: ICOM U...
This is a wonderful article, and I think it fits here precisely because exploiting the desperately poor nations of the world to make money off of antiquities is an age old problem. This is not a recent phenomenon--there are well-to-do museums all over the world that still feature the looted valuables of cultures that will never get them back unless someone starts to address the issue of what constitutes theft and what constitutes preservation.
at June 29, 2011 No comments:

If you're interested in policy research, Africa, and the environment, you could do a lot worse than this:

Oxfam International has a great presence on Scribd. This is something that I can also recommend.
at April 28, 2011 No comments: