Help People and Improve Their Lives 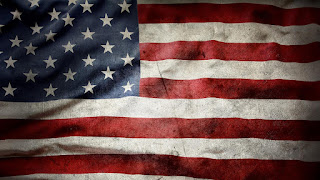 Rebecca Traister has it completely right and you should read her article:

It is also the starkest possible evidence that Democrats must steer straight toward the kinds of mechanisms that are this calamity’s direct and robust inverse: toward strengthening and empowering a populace, toward a governance that prioritizes dignity and care and safety and security for everyone, not just the already powerful. That means money, and a speedy, determined reknitting of a social safety net that has been maliciously unraveled over decades.

Which necessarily means governing like you are trying to save not just your own jobs but your nation and its people: from a coup, from a contagion, from the daily perils that have engulfed them for too long and from which our government has done too little to protect them.

Part of why so little has been offered to those who have needed it is that the Democratic Party, which is purportedly (if sometimes implausibly) supposed to represent the vulnerable, has approached politics and power with fear, not assuredness or moral authority.

For decades, practically since the very civil-rights (and women’s, and gay-rights) movements that provoked the hard-right backlash contractions that found their apotheosis over these past four years, Democrats have governed from a crouch. They have run nervously from the barest suggestion that they might indeed want to create a durable, inclusive republic in which government takes an active role in supporting and making life better for the governed.

I want to see the moral authority of feeding, clothing, sheltering and caring for the needs of the American people become more than just populism. I want it to be the just work of a caring nation.

As painful as it was to see the yahoos and nincompoops overrunning the House and Senate yesterday, what's more painful is knowing that they will feel justified in their actions if we continue to ignore the needs of the American people and serve corporate interests. Their worldview isn't necessarily all about Trump. It's far more shitheaded than that. They feel justified because they have been fed a lie that says that their government has never done anything for them.

Democrats have to make it painfully obvious that someone gives a shit about people. And then we have to make sure there are no elections where people say fuck it and don't vote.

The central organizing principle of the Democratic Party should be the elimination of all forms of white supremacy. You want to take care of people and solve their problems? You can't do that until everyone gets equal treatment under the law.

Jill Abramson had the audacity to ask to be treated equally at The New York Times.

It is 2014. Women are still being paid much, much less than men for equal work in far too many jobs and careers. Abramson was at the pinnacle of the American (world?) media establishment and she was still begging to be treated as an equal.

Instead, we're treated to the usual "bitchy, bossy woman" commentary that will render this story a footnote in the days ahead. By this weekend, will we have an actual conversation about workplace equality or will we assume that the wealthy and privileged Abramson will simply have to find work somewhere else?
at May 15, 2014 No comments: