The Courage of Mitch Landrieu 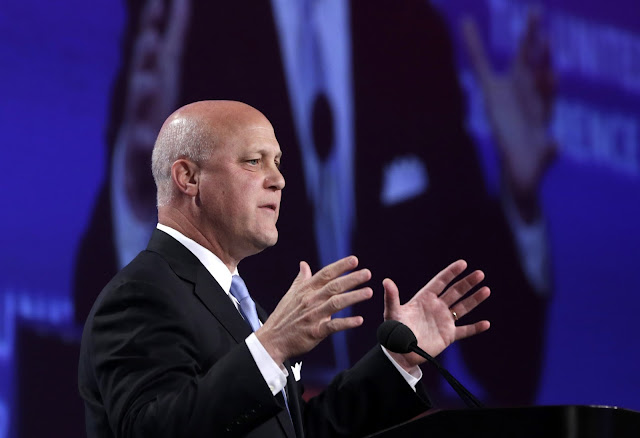 Cities all over America are responding to the needs of their citizens. In New Orleans, under the leadership of Mayor Mitch Landrieu, they're at the forefront of understanding that we need to have a reckoning with the past and look at how racial inequality has robbed Americans of their dignity.


Mitch Landrieu catapulted from progressive philanthropy darling to household name when he ordered the removal of four Confederate monuments in New Orleans while serving as mayor in 2017.

Now, he’s organizing public conversations about race and opportunity while creating a program to help produce elected officials willing to prod their communities toward equity. And on Tuesday, Landrieu will testify remotely at a hearing of the House Natural Resources subcommittee on national parks, forests and public lands about his belief that all of the nation's Confederate monuments should be removed from public land.

The hearing itself carries a weighty name: "Monumental Decisions: A Long Overdue Reckoning With Racist Symbols on Our Public Lands."

But as Landrieu establishes himself as an evangelist of equity, questions loom. Is Landrieu, who has long been supported by good-government groups and other arms of the monied liberal establishment, able to facilitate sweeping change? Or is he merely a voice of those with power seeking to adjust a few things?

"We've been headed towards this moment, this situation, for a long, long time," Landrieu said in an interview from his home in New Orleans. "We, particularly white Americans, have been putting off all but the emergency work needed to wind up anywhere else."

The removal of Confederate symbols is one part of that, but we need to understand that red lining, discrimination, and a lack of economic opportunity are all evils that need to be cured as well. Landrieu gets it, and that means he'll be remembered as a pioneer of how to bring our society out of the dark ages of racism.