You Planted Those Seeds, Dammit 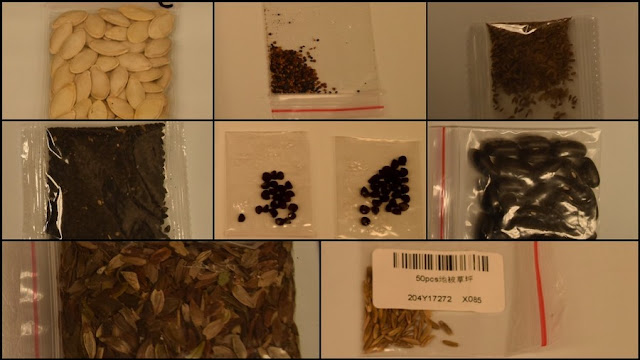 I did warn you:


In late July, America was briefly enthralled with “Unsolicited Seeds from China,” which started showing up in mailboxes in all 50 states. These mystery seeds prompted warnings from the USDA, which said people should not plant them, and should instead alert their state agricultural authority and mail them to the USDA or their local officials.

Many Americans heeded this advice. Many more decidedly did not.

You stupid sons of bitches, what am I going to do with you?


Based on documents I’ve read, the scale of the mystery seed operation was much larger than I had originally suspected and than was originally reported. Conservatively, it is safe to say that tens of thousands of Americans received what they perceived to be Chinese mystery seeds in July. Some states, like North Carolina, had more than 1,000 people contact the department of agriculture having received unsolicited seeds. Others, like New Mexico, had roughly 100 recorded seed receivers. Many of these seed receivers, regardless of location, panicked.

"About a month ago, I did receive seeds from China. I guess China because it looks like Chinese writing. I thought, 'Oh cool, maybe Burgess seeds or one of the seed companies send me some seeds.' And, umm, like a dumbass, I planted them, not knowing there was a problem," a woman in New Mexico said in a voicemail left with the state's department of agriculture in late July. "And now, I've been battling this for a couple weeks. Now, where I planted them, and I remember where I planted them, everything that's in the garden where I planted them are having a hard time and are starting to die … I really don't know what to do at this point, so could somebody call me back and give me a little bit of direction about this? I know I'm a dumbass."

America, we had a good run. The decline is real, and the fall of this great nation is at hand. But, then again, maybe we'll just sacrifice some boats and keep on truckin'.
at September 08, 2020 No comments: