Robert Brockman Forgot to Get a Pardon From Trump 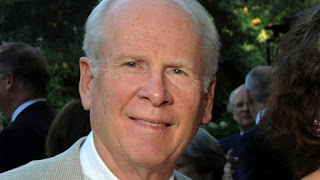 Robert Brockman is a billionaire charged with tax fraud. He's also a prolific donor to the Republican Party. In and of itself, this would not be news except for the fact that he could have gotten away with it if he'd been pardoned:

The billionaire accused of running the biggest tax fraud scheme in U.S. history was a prolific donor to Republican groups and causes. The leaders of those organizations have kept quiet on the federal charges against him.

Department of Justice officials said at the time that the businessman had hidden capital gains income for over 20 years through various offshore entities in Bermuda and Nevis and secret bank accounts. Brockman has pleaded not guilty to the alleged crimes.

Brockman’s most recent contributions to Republican committees came in 2017, ahead of the Congressional midterm elections the following year, according to Federal Election Commission records.

Representatives of the organizations that are still active did not respond when asked whether they plan to refund or give the total amount of contributions away to charity in the wake of the allegations. The 2017 contributions had yet to be reported in the media.

In 2017, Brockman donated over $80,000 to the National Republican Congressional Committee, the political campaign organization for House Republicans. Republicans went on to lose the House to Democrats, with Nancy Pelosi, D-Calif., becoming speaker.

What's interesting is that Brockman stopped giving money to Republicans. If he'd given Trump a million dollars, let's say, in the summer of 2020, he probably would have been able to secure a pardon this past January. He could have then skated on Federal tax evasion charges. However, knowing how pervasive this problem is, the State of Ohio probably has a tax evasion case ready to go against him (unless they've been paid off in advance).

Brockman's defense team is also trying to claim he has a mental incapacity and cannot be tried. Fine, put the people who worked for him on trial and offer them immunity if they'll kindly explain what the hell happened.

This is a culture of corruption. How did he get away with it for that long? No one in the Obama Administration caught him. No one in the Justice Department under at least three presidents caught him. They're just now figuring out this guy was a crook?

Something is seriously broken in how we regulate and tax the rich in this country.