The Death Cult of the GOP is Hurting America 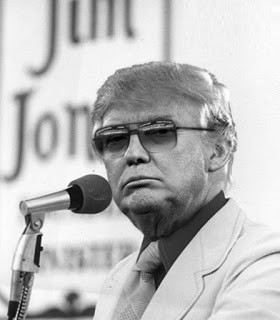 When former Republicans write this stuff, why isn't anyone paying attention? Christine Todd Whitman decries the inability of the GOP to move on from the Donald Trump's ongoing effort to deny reality and kill as many Americans as possible:

Some GOP leaders have already spoken out in support of moving forward with the transition, from former President George W. Bush and Utan Sen. Mitt Romney, the party's 2012 presidential nominee, to Pennsylvania Sen. Pat Toomey, Montana Secretary of State Corey Stapleton and former Rep. Mike Rogers, who was chairman of the House Intelligence Committee.

But all Republican leaders must put the American people ahead of fealty to Trump by acknowledging the results of the election. By constantly feeding people misinformation about the probable outcome of any of these cases or the probability of overturning this election with recounts, they are misleading Trump supporters. Their statements are going to make it even harder for Trump voters to accept his defeat and move forward.

On the world stage, GOP officials’ refusal to acknowledge the outcome of the election is damaging our claim to be a representative democracy, to which a peaceful transition of power is fundamental and has been for over two centuries. These Republican leaders are embarrassing our party and our nation with an effort that they know will not succeed. Rather than standing up for democracy, they continue to capitulate to Trump’s will, even after he has clearly lost.

Forget about drinking the Kool-Aid, just go to another post-election super spreader event designed to cheer up a despondent dictator.