Modern Policing is a Shakedown Racket 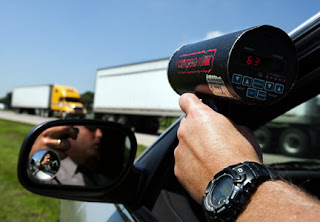 There is no need for this, other than to extract revenue from poor people. This is how local governments "raise taxes" without actually making rich people pay their fair share.

About 30 minutes east of Atlanta lies a small city led by a female mayor and an all-women council. The police chief is a Black woman, as is the municipal judge and the court solicitor.
The City of Pine Lake, Georgia, prides itself as a liberal oasis in an otherwise conservative-leaning state, a community that backed Stacey Abrams' 2018 gubernatorial campaign and has a history of gay or lesbian city council members. But there's a not-so-progressive reality in Pine Lake as well — systemic racism in the way the city has brought in revenue.

Though the city has fewer than 800 people, the police department writes hundreds of traffic tickets every year along Rockbridge Road — a stretch of county road that skirts the edge of town — and court documents reveal that a vast majority of tickets are issued to Black drivers from the surrounding county and other cities. Black residents in the area say this stems from aggressive policing tactics that date back many years and still linger today.
The mayor and police chief disagree, and say it's simply a matter of who's frequenting Rockbridge.
"It is true that the majority of tickets are given to people of color," Mayor Melanie Hammet told CBS News. "The demographic reality is that a majority of those driving through Pine Lake are people of color."

If a municipality has revenue or cash flow problems, the solution is never to raise money through a bonding bill or an increase on property taxes. The police are not there for public safety. They are there to confiscate money from poor people and tie them up in a vicious cycle of fines, fees, mandatory court appearances, warrants, and arrests.

This is the bullshit that pollutes our existence right now. Think of the untold numbers of people in America right now that have a bench warrant or an unpaid fine hanging over their heads because they went a little too fast through a contrived speed trap in the middle of nowhere. All the stress and pain and anxiety created by these traps built into our unfair legal system are constantly ruining the lives of people we don't give a second thought.