Trump is a Failure at Everything 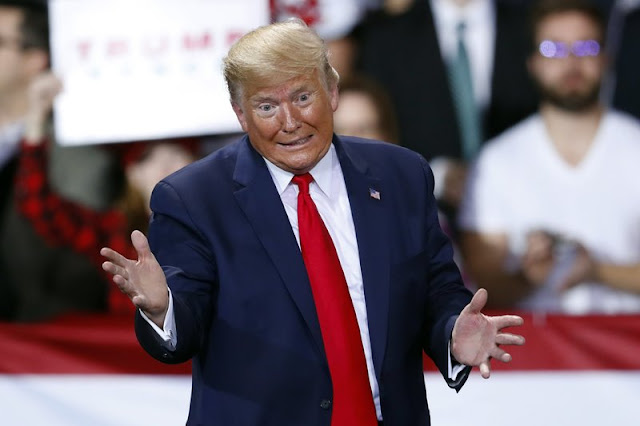 
U.S. stocks recovered some of their steep losses on Thursday after the Federal Reserve announced extraordinary funding actions to ease strained capital markets in the wake of the coronavirus sell-off.

The Dow Jones Industrial Average traded 826 points lower, or 3.5% after plummeting more than 9% for its worst drop since the 1987 market crash. It was on pace for the sixth-worst decline for the Dow in history, according to FactSet. Even the worst one-day drop of 2008 financial crisis did not reach this magnitude.

The S&P 500 traded down 4.4%, joining the Dow in a bear market on Thursday. The main U.S. stock benchmark is now down 22% from its record set just last month. At one point, however, the S&P 500 was down more than 9%. The Nasdaq Composite recovered slightly, trading about 4.5% lower after plummeting more than 7%.

One of the reasons why I supported Senator Elizabeth Warren for president was her avowed interest in fixing the rigged casino game that is the modern stock market. Trump's horrible tax cuts for the rich and his equally horrible fiscal policies are setting us up for disaster, and Warren knows what that looks like because this is how every Republican governs in the modern era. They cut taxes, fudge the numbers, let Wall Street run wild, and leave the Democrats to pick up the pieces, cut spending, and fix everything they've broken.

I don't have much hope for Joe Biden, beyond being a decent human being who will surround himself with smart people. But one thing he could do to break this cycle is to throw a lot of people in prison for insider trading, most of whom are currently working for Trump. That would be a big help.