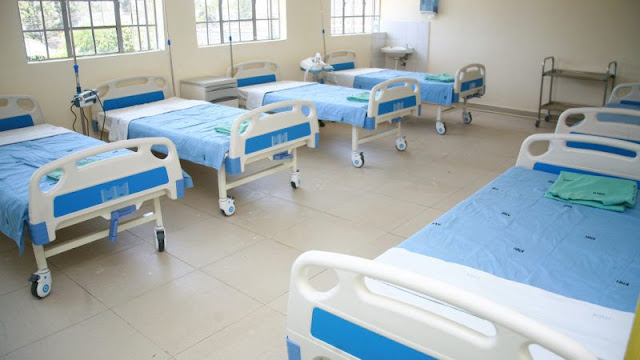 As news filters in about the use of the Army Corps of Engineers to build out the capacity for more hospital beds in regions that are likely to face shortages, it's worth noting that we have tremendous shortages all over the country:


In most scenarios, “vast communities in America are not prepared to take care of the COVID-19 patients showing up,” said Dr. Ashish Jha, director of the Harvard Global Health Institute, who led a team of researchers that developed the analysis.

Under the researchers’ best-case scenario, Americans will act quickly to slow the spread of the virus through social distancing, and the infection rate among adults will remain relatively low at 20%, or 49.4 million people over the age of 18, less than twice the number of people who get the flu each year.

We're talking about the entire country:


For hospitals with fewer resources, there are measures that can be taken to counter bed shortages. Hospitals can limit elective surgeries and discharge healthier patients earlier. Hospitals can also screen patients before they enter the hospital to decrease the risk of spreading the disease. Critically, staffers also need to stay healthy, so they can continue to treat patients instead of taking up the needed beds themselves.

The experts and health workers that ProPublica spoke with fear that the U.S. is only two weeks behind Italy’s infection rate and will be faced with the same tough decisions. A paper published in the Lancet last week highlighted Italy’s Lombardy region, where a flood of patients is overwhelming the intensive care system.

“I can't imagine being in that position, and none of us want to be in that position,” said UCSF’s Raven. “The reality is that you can't create unlimited hospital beds and ventilators. We have what we have, so we really have to hope that it's enough, and that we're prepared enough.”

When all of this is over, we should plan accordingly and fund efforts to expand our capacity to deal with the next pandemic or natural disaster.
at March 18, 2020