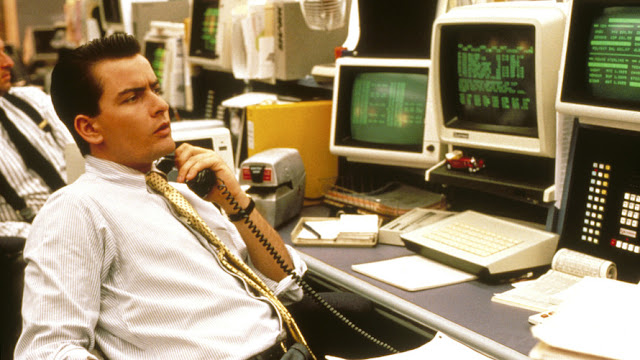 Everything is crashing down around our Wall Street president, who just doesn't seem so business savvy these days:


Stocks fell sharply once again Thursday as investors worried that the coronavirus might be spreading in the U.S. A slew of corporate and analyst warnings also dragged down the major averages.

The Dow plunged more than 800 points, while the S&P 500 tumbled 2.9% and the Nasdaq sank 3.3%. Those losses put the Dow, S&P 500 and Nasdaq in correction territory, down more than 10% from the record highs set earlier this month.

The CDC confirmed Wednesday the first U.S. coronavirus case of unknown origin in Northern California, indicating possible “community spread” of the disease. The CDC doesn’t know exactly how the patient, a California resident, contracted the virus.
“We’re extremely cautious in the short term,” said Tom Hainlin, an investment strategist at Ascent Private Capital Management. “No one really seems to be an expert on the coronavirus. We haven’t seen anything like this really in our investing lifetimes.”

Apple, Disney and Visa were among the worst-performing Dow stocks, dropping at least 3% each. AMD and Nvidia fell 4% and 4.2%, respectively. Meanwhile, Gilead Sciences climbed 1.9% after the company announced the start of two studies for a possible coronavirus treatment.

The slow collapse of the "Trump Economy" is really the result of being handed the gains of the Obama era and then taking a massive orange dump all over everything. It is beginning to accelerate, and the fake money being pumped into the economy is going to run out faster than Larry Kudlow on a coke binge.

Trump has started trade wars, imposed tariffs, fired competent people left and right, and engaged in every pro-oligarch policy imaginable. This is literally the guy who campaigned on the idea of running America like a for-profit business venture. And instead of prosperity, we get the mother of all Trump bankruptcies.


What has happened to the idea that people could be safe from crime in London, England? It sure seems like being robbed at knife point has become a constant thing:


Harry Styles was threatened by a person wielding a knife and had money stolen over the weekend, according to reports.

The former One Direction singer was reportedly on a night out in Hampstead in London on Valentine’s Day when he was confronted by a man wielding a knife shortly before midnight.

According to the Daily Mirror, a source said that Styles “played it pretty cool, quickly giving the assailant cash, keeping himself and the guy calm and getting the situation over with. Understandably though it left him very shaken up afterwards.”

They say it has gotten out of hand, and the numbers would tend to support that assumption:


Knife crime in London has risen to a new high amid a nationwide surge in blade-offending, official figures revealed today.

The Office for National Statistics said that 15,080 knife offences were recorded in the capital during the 12 months to the end of last September [2019].

It amounts to a two per cent rise on the previous year and indicates the Met’s efforts to bear down on the problem are having only limited effect.

The bleak statistics came as national figures released by the ONS showed a seven per cent rise in knife offending across England and Wales to 44,771 blade crimes, an average of more than 120 incidents a day.

Here are the hotspots (Styles was in a northern part of London):

So, what's being done about it? Apparently, very little.

So far this year more than 110 murder investigations have been launched across the capital by the Met and British Transport Police.

About two-thirds of the deaths in those cases resulted from stabbings.
Ms Dick said: "Most people go about their business completely untroubled by crime or indeed violence.

"But we do have some parts of London which have been really troubled by violence and it is our job to work with people to reduce violence."

In other words, no. They are not attacking the root causes of the violence, which are poverty and the high cost of living in London in any measurable way.

This Man Has a Grievance


I have no doubt that there are young people who are looking at what has been done to Andrew McCabe and they are ruling out a life of public service.


The Department of Justice has told lawyers for former FBI Deputy Director Andrew McCabe that he will not face criminal charges for allegedly lying to investigators about a leak to the media, the ex-official's attorneys said Friday.

The decision was released on the same day it was revealed that a federal judge had expressed concerns months ago that McCabe's case was looking like a "banana republic" prosecution.

"We write to inform you that, after careful consideration, the government has decided not to pursue criminal charges against your client,” J.P. Cooney of the U.S. Attorney’s Office in Washington, D.C., told McCabe’s attorneys in a letter Friday. “Based on the totality of the circumstances and all of the information known to the government at this time, we consider the matter closed.”

McCabe's lawyers Michael R. Bromwich and David Schertler responded in a statement, saying, "At long last, justice has been done in this matter."

This is the direct result of failing to stop the Trump presidency from happening. The elites who run the Republican Party should have thrown Trump out on his ear in 2015 but they didn't. They should have nominated someone else to run for president in 2016, but they failed to retain control of their party.

McCabe has had this hanging over his head for far too long--somewhere in the neighborhood of two years. He has a legitimate grievance against what Trump and his minions have done to him. This will resonate for decades, I believe. And I also think that no one will learn a lesson from this.

McCabe talked to day about the stress on his family. Who, in their right mind, is going to sign up for that and go into public life?