A Dispatch From the Ruins 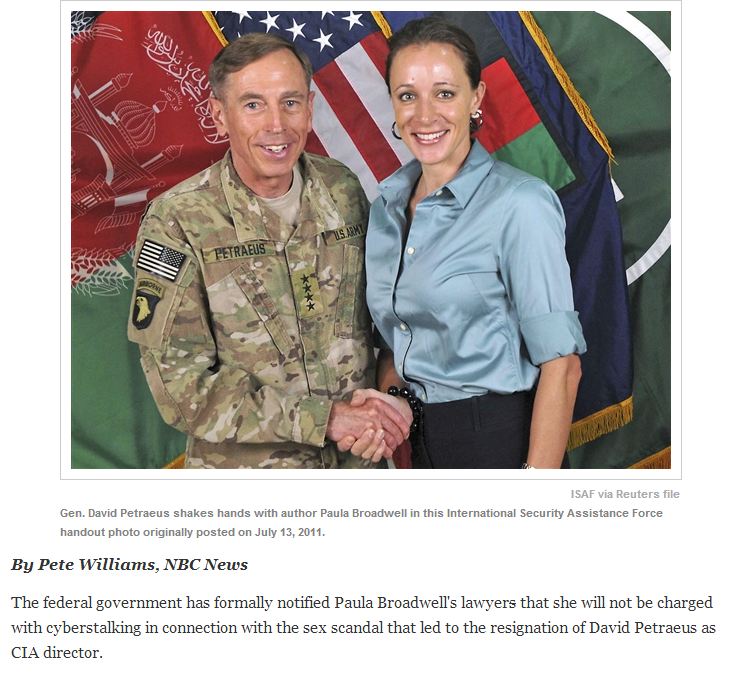 Whatever they end up doing in public or private life is now inextricably linked to the fact that this incident resulted in no charges being filed against Broadwell. It's as if the whole thing never should have been publicized in the first place.

The Destruction of the Middle Class Continues 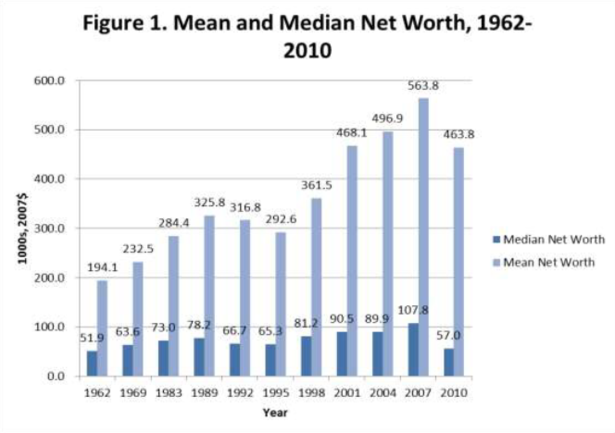 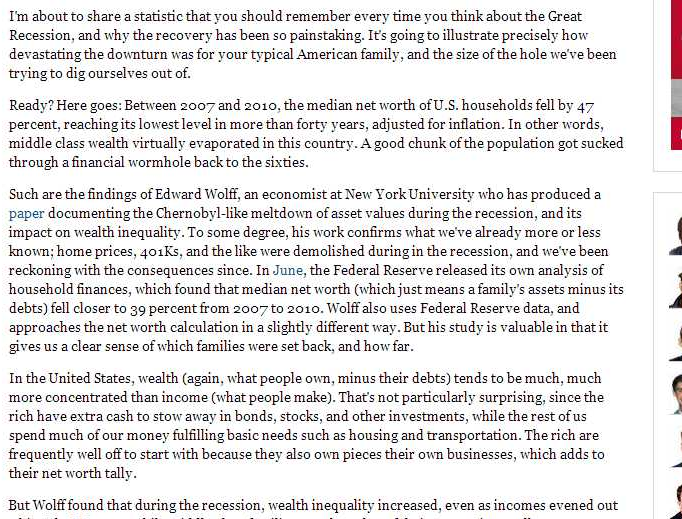 I would have to agree with the premise of this article--the Middle Class in the United States has been hammered by the economy and the economic policies that were put into place at the end of the Clinton Administration. With the repeal of Glass-Steagall Act in 1999, the seeds were placed to go after the one thing that made the Middle Class seem wealthy--the value of a decent home.

If you can extrapolate from the destruction of home values two main points--the Middle Class was cheated and that millions of Americans were denied entry into the Middle Class--then you can see where this is headed. Unless and until real reform is enacted to prevent another Real Esate bubble, what little equity still exists out there is going to continue to shrink and lenders are going to continue to be evasive and predatory.

You absolutely cannot have a Middle Class without a real estate market that reflects actual growth in terms of the sales of existing homes. Your typical Middle Class family lost value in their major asset five years ago, their home, and that value simply hasn't come back. Their value went into the pocket of someone who thought it would be clever to ride a manufactured real estate bubble out into the middle of nowhere and then just abandon people to their fate. Untold numbers of communities have been blighted ever since, littered with homes that used to house Middle Class families.

Getting Rid of Dollar Bills is an Idea I Can Support

This is actually a very good idea. And, this is also why it'll never happen.

If you have any experience dealing with euros, and with the one and two euro coins, then I would imagine that you would have a pretty good feeling about ditching the $1 dollar bill entirely; if not, then you don't know what you're missing.

One of the few really advanced and intelligent things that happened with Europe's conversion to the euro was the elimination of the paper single in favor of the one and two euro coin. When you have a handful of two euro coins, you've got money.

Will Americans be able to handle such a concept? Maybe gradually, but not at first. The problem, of course, comes from the popularity of the quarter and the fact that dollar coins have failed because they were too much like the quarter.