A Disenfranchised Country is Not Free 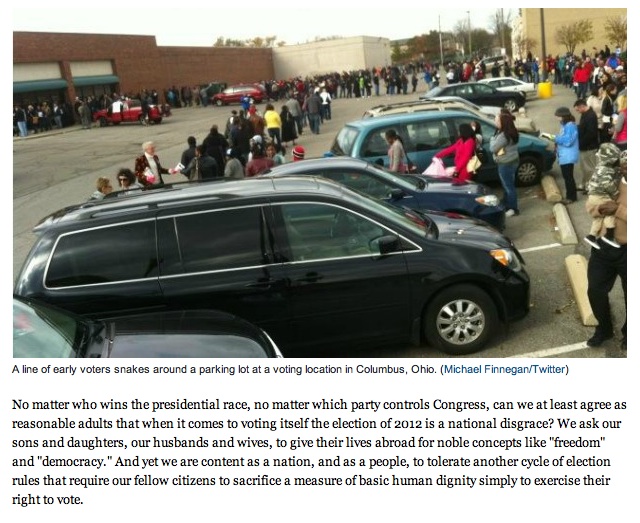 The disenfranchisement of millions of Americans has been the great lost story of this election cycle. The news has covered it sparingly. Were it not for bloggers, few people would know about the underhanded tactics being used by Republicans all over America.

We're not just talking about Ohio or Florida. We're talking about voter ID laws, Tea Party wingnuts who are going to be challenging voters tomorrow, and even the State of Arizona printing the date for election day in Spanish as being November 7.

If the election is stolen, it will mean there are people living in this country who have been fooled into thinking their vote counts, that democracy matters, and that we are a free people.
at November 05, 2012