A Devastating Ad That Explains Bain Capital Better Than Anything Else

When you ask people, "What is Bain Capital?" more often than not, you're going to get puzzled stares. That's because much of the defining and explaining that went on happened in the early summer.
Bain Capital was Mitt Romney's version of predatory capitalism. It bought companies, it sold companies, it rearranged them, and it tore them apart to make profits. And while Republicans claim that Bain created jobs, here's a testimonial as to what the tearing apart looked and sounded like.
at September 27, 2012 No comments:

Are You Kidding Me? 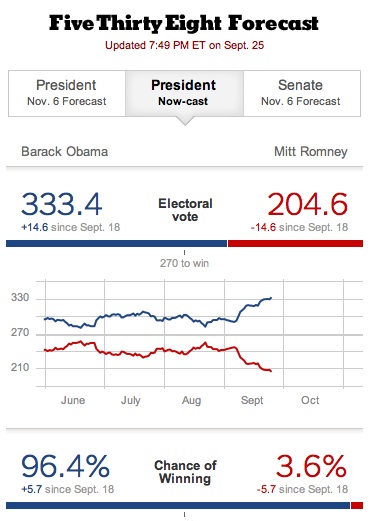 These numbers, via 538, are astonishing.

Given the state of the American economy, the massive effort to destroy President Obama, and a lengthy political season, it's no wonder the Republicans are flailing about like a drunk in an aisle full of non-alcoholic beer.

Each and every time Romney speaks, tries to get on message, and make his case to the American people, people run for the exits and express their support for the President.

It is certainly going to be closer in November, and this is by no means "locked up," but, wow. There is no popular support for a Republican for President, is there?
at September 26, 2012 No comments: 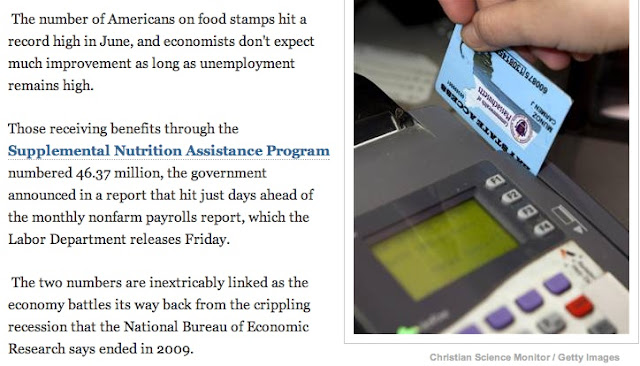 The Obama Administration is the only hope for recovery. The Republicans want to throw people to the wolves.
at September 06, 2012 2 comments: