The Perfect Way to Change the Subject 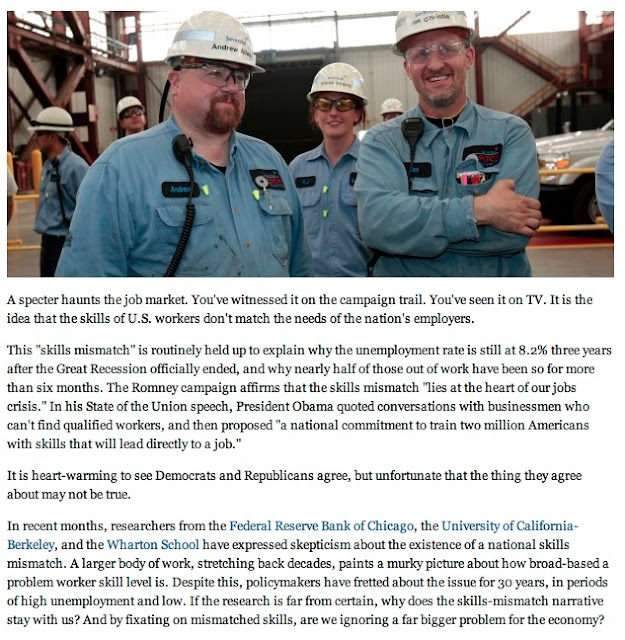 American workers aren't all bad, of course. We have plenty of highly skilled people. What we lack are ethical capitalists who actually want to produce things and take measured risks. And, when you think about it, why should they do the right thing? This notion that they can't find workers is yet another wingnut myth--it has no basis in reality.

The current system rewards cutting workers, shedding overhead, and taking a short-term gain instead of investing and growing companies over the long haul. Nobody cares what the profits might be in two or three years; American companies live or die by the next quarter. If the choice is to keep profits flat or cut a thousand workers and see a jump in the value of the stock, guess who's going to be looking for work? The CEO or the thousand workers sacrificed to make things look profitable? It becomes a self-fulfilling prophecy, until, of course, there's no one left to fire.

If we had a tax policy that rewarded job creation and investment, you might see a change in this outlook. But, instead, you have a corporate culture which worships at the altar of cutting, not investing.

One of the biggest enablers of this outright theft of productivity is Tom Friedman. How many times do we need to hear that American workers have no skills? Well, that's all dashed to pieces now, isn't it? The problem is, no one cares.
at July 26, 2012