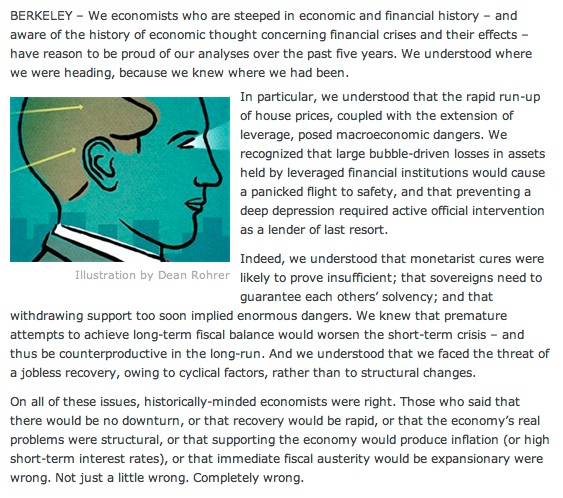 The move to austerity crippled Europe; I don't think there is a sane person who would argue otherwise. But, austerity in America has been a huge bust, and you have to champion those who called it for what it was--stupid, irresponsible, and utterly, utterly ruinous.

One quibble--when DeLong celebrates Larry Summers, I know he's praising him in the big picture sense. In the small picture, however, it was Summers who argued against using TARP funds to aid small businesses.

I would argue that America's problem, economically, stems from the fact that not enough was done, or is being done, to stimulate small business activity.

This is the sort of madness that true economists face. 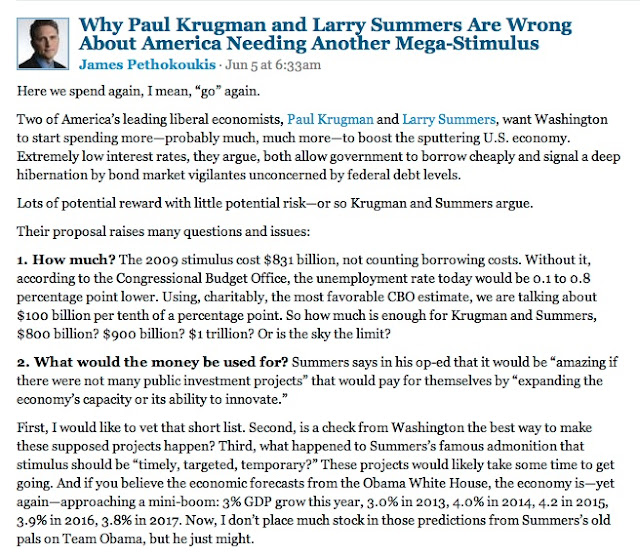 How much faith would you put in that nonsense? And yet, I can guarantee you that far too many decision-makers follow the line of thinking espoused by Pethokoukis rather than Krugman, et al.
at June 28, 2012