They Should Let Him Go 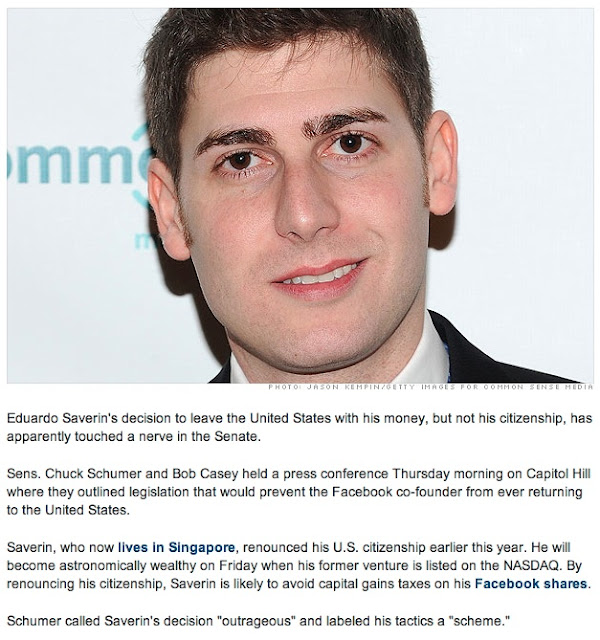 They should just let him go.

In America, when someone takes your money, you have the full resources of the courts and the rule of law to back you up and allow you to maintain your wealth.

In many countries, the legal system favors the government, or the power structure of the elites in that country. There are no protections. This is why, in Russia, for example, you can have a massive fortune and find yourself sitting in prison on trumped up charges and your fortune parsed out amongst Kremlin insiders.

Mr. Saverin doesn't understand how overseas banks can fail, and fail without notice, and how he can run afoul of the wrong bureaucracy and lose everything. In America, you have recourse. Anywhere else? Forget it.
The real outrage should be directed at corporations that pay no tax whatsoever while enjoying the protections of doing business in a country that has the rule of law. Those same people are sending a little coin towards Senator Schumer, however, so maybe that's what Saverin is really guilty of--failing to make a few timely donations to a handful of re-election campaigns.
at May 17, 2012