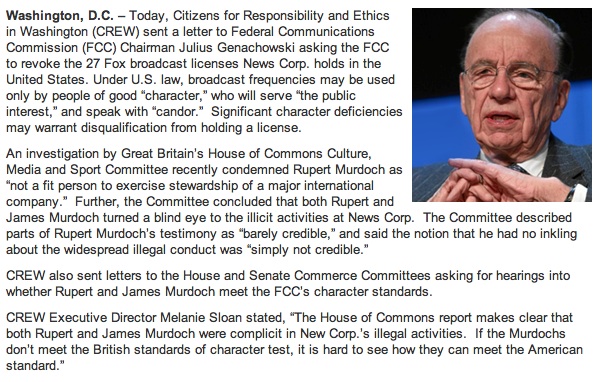 CREW has the right idea here. By going after the FCC licenses, they will keep this story alive in the United States. There is a criminal aspect to what News Corp was doing and it should be investigated and prosecuted in the United States. Hounding Rupert Murdoch is something everyone should welcome. He used his enormous power against people for decades. Now we're seeing some measure of payback.

The problem is, there is no FCC. It is a paralyzed, toothless agency. It cannot move swiftly against anyone or anything, unless they accidentally expose their boobs on network television.
at May 02, 2012