These Are Terrible Times For Chinese Billionaires

A terrible screenshot, but I work with what I can work with.

The "powerwall" over at MSNBC is a blogging nightmare. How do you blog that stuff? Why would I link to it? Letting people vote LOL, WIN, OMG, or FAIL is like asking what flavor of stupid you want for dinner.

If these really are tough times for Chinese billionaires, then think of how hard things must be for the Chinese millionaires out there.
at July 27, 2011 No comments:

Yeah, It's That Bad Out There 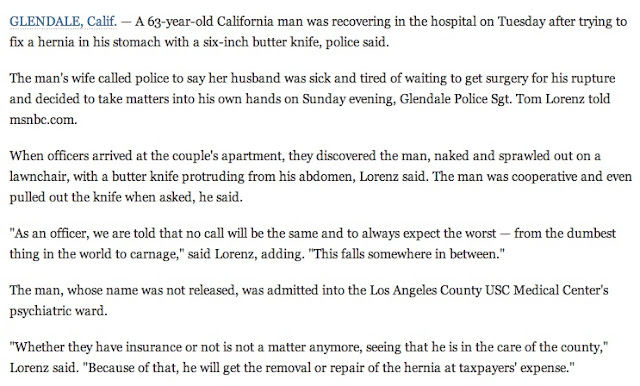 They withheld his name, of course. When a man dies with a sex toy lodged in his throat, the police release his name almost automatically. When a man tries to fix his own hernia with a butter knife, suddenly that's not for public record.
at July 26, 2011 No comments: 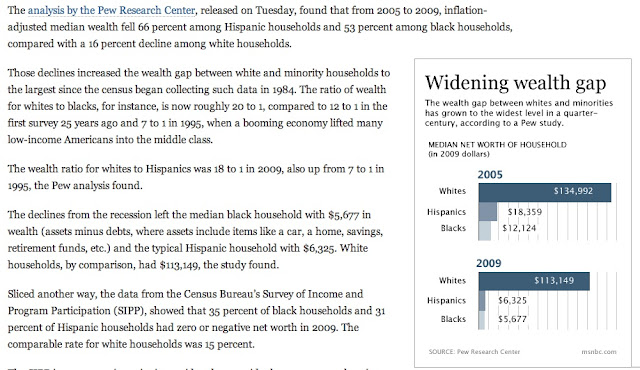 Would it shock people to learn that the income gap between whites and blacks and Hispanics is getting larger and larger, especially during these tough economic times?

I don't know what's sadder--the fact that this simply isn't news or that we've become accustomed to news like this. How about, for a change, we see the opposite?
at July 26, 2011 1 comment:

Corporate Profits Are, of Course, Doing Quite Well 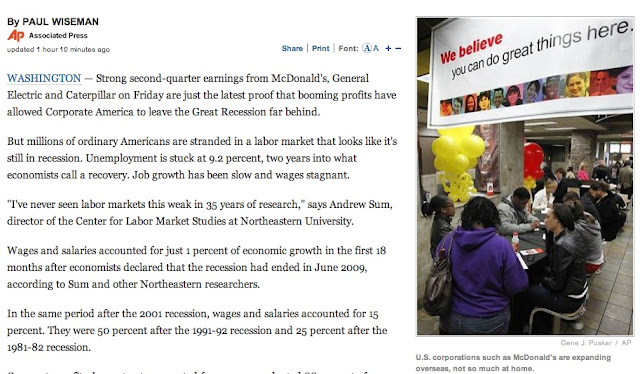 American companies are addicted to unrealistic levels of profit and corporate boards are far too demanding of their own dividends to sustain our economy. In American business, the only quarter that matters is this quarter and profits MUST be delivered or everyone responsible will have to kick it old school out there on the bricks looking for another gig where mediocrity can be celebrated. Are there any heroes in corporate America? Or are there just rows and rows of bland villains making too much money for tightfisted jerkwads?

Unless and until a realistic leveling off of corporate profits, CEO compensation, and wages, forget about a growing economy and a healthy situation for American workers. The values are out of whack and the elites think there's another mile or two left on these bald tires. Well, these tires aren't going to take us much farther. It's time to invest in a new set and it's time to start hiring people.
at July 22, 2011 No comments:

Has Anybody Ever Gotten Fat Eating Crickets? 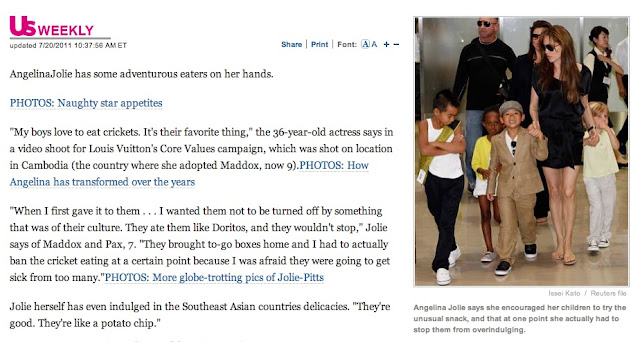 There's a fairly large divide between a very wealthy woman (who does a tremendous amount of good for  poor people all over the world) being able to deny her kids snack boxes full of crickets and a woman from another culture who isn't so wealthy who hopes that a few crickets here and there will help sustain her children for a while.

My guess is, this anecdote wasn't told in order to make any kind of grand point about nutrition or cultures, but was told solely because it seemed like the best way to get those chubby women in Middle America to buy Us this week (and, really, it's more about website traffic than physical sales of magazines, isn't it?).
at July 20, 2011 No comments:

This is a Serious Case of Distress

David Gilmour's money couldn't keep his son out of jail:

Charlie Gilmour, son of Pink Floyd guitarist Dave Gilmour, has been jailed for 16 months after pleading guilty to violent disorder.

According to BBC News, Gilmour, who is 21 years old and was studying atCambridge University, was jailed over charges of violent disorder after he was filmed defacing the Cenotaph, throwing a bin at a car carrying Prince Charles and smashing a window. He has since apologized for his behaviour.

Appearing at Kingston Crown Court earlier today, Gilmour admitted that he had taken both LSD and valium before the incident and did not remember throwing the bin. He also claimed that he did not know what the Cenotaph was before he defaced it.

This is a great leap forward for the English criminal justice system. Anyone who believes that money can buy freedom from accountability in England need only look at this case. Addled out of his brain and running around like a maniac, Charlie Gilmour acted like an ass in public. In centuries past, a wealthy young man such as this would never see this kind of accountability. I have no doubt he'll appeal. And I think he can say goodbye to his Cambridge education.
Kudos to the judge.
at July 15, 2011 No comments: 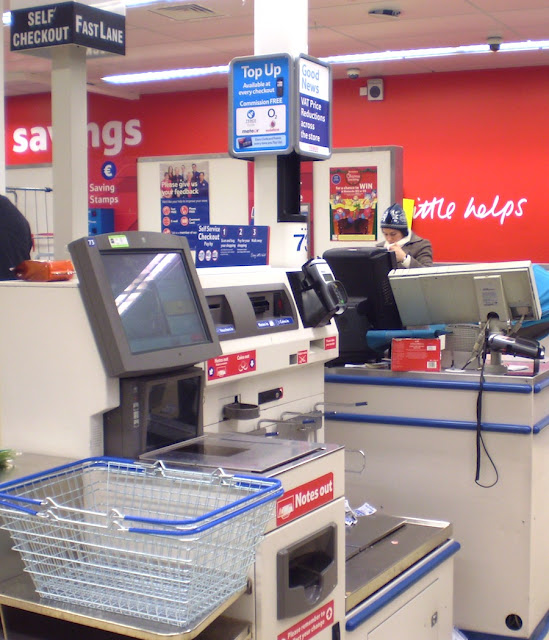 This is a business strategy that, I hope, pays off for Albertsons:

One of the nation's major grocery store chains is eliminating self-checkout lanes in an effort to encourage more human contact with its customers.

Albertsons LLC, which operates 217 stores in seven Western and Southern states, will eliminate all self-checkout lanes in the 100 stores that have them and will replace them with standard or express lanes, according to published reports.

If it works, I can guarantee you that more stores will follow.  Anything that gives more work hours and more wages to people is a positive in this tough economy.
at July 08, 2011 No comments: 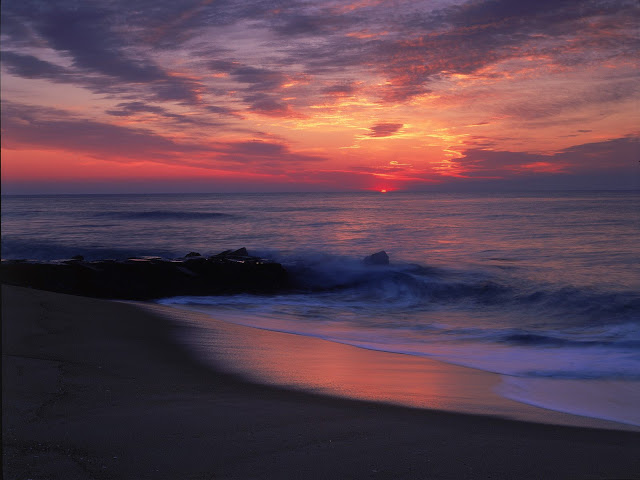 You would think a no-brainer like this would catch on:

When poor people are given medical insurance, they not only find regular doctors and see doctors more often but they also feel better, are less depressed and are better able to maintain financial stability, according to a new, large-scale study that provides the first rigorously controlled assessment of the impact of Medicaid.

While the findings may seem obvious, health economists and policy makers have long questioned whether it would make any difference to provide health insurance to poor people.

Common sense tells me that if you provide stable, cost-effective methods of taking care of the needs of people, without wasting billions of dollars on programs which eliminate self-responsibility, you can see the results if that's what you are willing to see. If you refuse to accept that any sort of assistance program for the poor can help, then that's exactly what you're going to see no matter what happens. Critics of this sort of program are going to:


And nothing else is going to be considered. Success is something we don't associate with government programs because we're always looking for failure and scandal. Yes, the program costs money, there is waste, and I'm sure that there's going to be cases of fraud. I'm almost sure of it. But this is true of agricultural subsidies, corporate subsidies, and Veteran's benefits. Do we throw those out as well? No.

The fact that people question whether giving health care benefits to the poor will even work should tell you that we live in a society where dishonest arguments are allowed to flourish because we don't do enough questioning of the ideological viewpoints of the advocates. If you're a small government advocate, no amount of data and no evidence can convince you of the fact that giving poor people health care benefits will work unless you can be moved to modify, change, or update your views. Ideological rigidity is paralyzing this country. And it's getting worse because ideology is not properly factored into how we look at where an advocate or opponent of government programs is coming from. It just doesn't seem like anyone on the left or the right can properly explain themselves. But, results don't lie. Especially when they challenge a widely-held belief that all government programs make poverty worse. The truth is, no government program can eliminate or solve poverty, but some government programs can mitigate the effects and allow more people to escape from poverty.

We should work to improve, streamline, and make programs more efficient. In an ideal world, all programs would have the ability to shift and transform without cutting off the people who need a little assistance. I'm a strong believer in streamlining government functions. I'm also a strong believer in the idea that when you talk about "streamlining," it can be manipulated by people into "eliminating" or "reducing" what a program does. 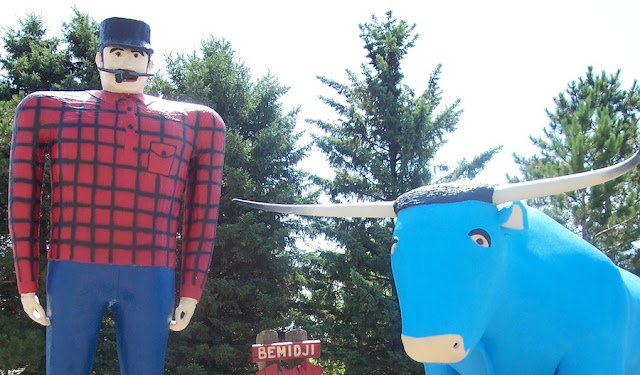 The government shutdown in Minnesota is being carried out so that Republicans can save a few thousand millionaires from higher taxes:

The Minnesota government was forced to shut down Friday for the second time in six years after lawmakers failed to reach a budget agreement before a midnight Thursday deadline.

Gov. Mark Dayton held a news conference to announce an impasse in budget talks two hours before the deadline.

"This is a night of deep sorrow for me," Dayton said.

The governor, a member of the Minnesota Democratic-Farmer-Labor party wants to raise taxes on the wealthiest 1.9% of Minnesotans, as well as cut spending.

The working poor are going to feel the effects of the shutdown before anyone else. State programs that help with child care costs have been stopped. Once people cannot put their kids in daycare, they cannot go to work. And if they lose their jobs, Minnesota will have to foot the bill for their welfare benefits and any unemployment insurance that has to be paid out.

Does that make any sense? Or should we end all of the programs that help people get to work? How is it good for any state or community to throw people out of work and force them to collect welfare benefits?