Never Get Between Someone Better Than You and the Gate 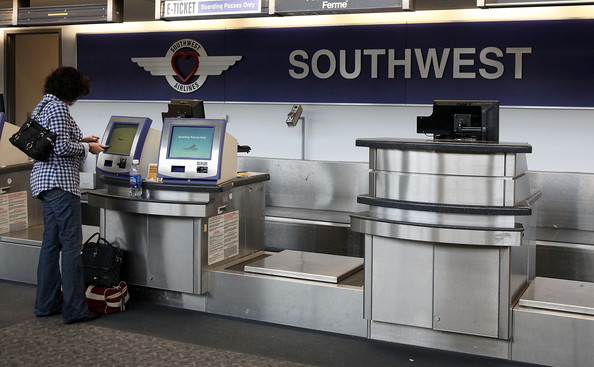 My, this sounds like an interesting day at the airport:

"Keeping Up With the Kardashians" star Scott Disick is continuing to prove why he's not the most popular guy, according to a fellow flier.

As Southwest Airlines passengers waited to board a Long Island-bound flight from Chicago on Sunday, Kourtney Kardashian's beau tried to get to ahead of the crowd as he made his way back to New York. Disick "refused to wait in line (to board the plane) ... and tried to cut ahead of a young couple holding twin babies," passenger Jeff Glass of New York told The New York Post.

When that didn't work, "he offered $20 to the gate attendant to let him on ahead of everyone else," Glass said. (At least Disick didn't shove the cash into the employee's mouth this time, as he did when he lost his temper at a Vegas restaurant on an episode of "Keeping Up.") The paltry amount failed to impress the employee, who "yelled at him two or three times."

You can tell just how desperate our economy is right now--twenty dollars really doesn't buy people off the way it used to. There are two Americas out there--one for the lowly people who have to follow the rules of a civilized society and one for the artificial and classless people who think that money entitles them to instant status and gratification.

What's even more ironic is that Mr. Disick, being of thin stature and build, would never face the sort of discrimination that Southwest Airlines is famous for. If he had been obese, they probably would have had him arrested.