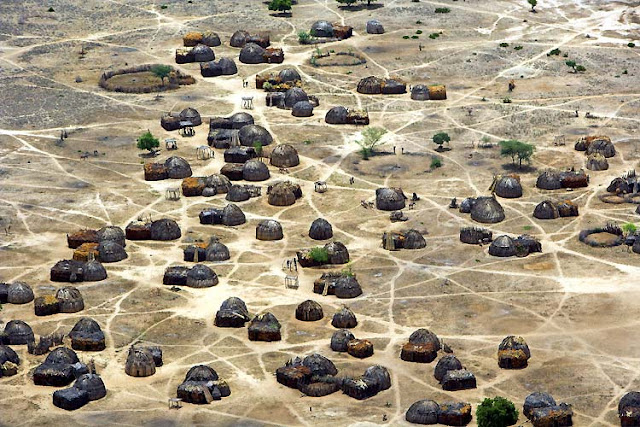 Starvation rates throughout the world are beginning to be affected by how our climate is changing:

Areas where food supplies could be worst hit by climate change have been identified in a report.

Some areas in the tropics face famine because of failing food production, an international research group says.

Its report points out that hundreds of millions of people in these regions are already experiencing a food crisis.

"We are starting to see much more clearly where the effects of climate change on agriculture could intensify hunger and poverty," said Patti Kristjanson, an agricultural economist with the CCAFS initiative that produced the report. A leading climatologist told BBC News that agriculturalists had been slow to use global climate models to pinpoint regions most affected by rising temperatures

There's more information about this problem here, here and here (watch out for PowerPoint and pdfs) but there's very little that can be done, beyond the mandate being given to the United Nations to so "something" about these issues. It takes actual, concrete involvement in developing and trading with a country's agricultural sector in order to deliver real change. Change isn't going to happen unless someone undertakes the effort to do business with the nations that are being affected here. Too often, the fluctuations of the markets drive down prices and choke off any chance for farmers on the international scene to see a fair and honest price for what they need to sell, and what they need to buy.

Issues like this one, noted above, are not helpful.

In 2006 the Bill and Melinda Gates and Rockefeller Foundations launched the Alliance for a Green Revolution in Africa (AGRA), which is based in Nairobi, Kenya. Their aim is to alleviate poverty and hunger in Africa by increasing food production. Much like the original green revolution, which still plagues farmers throughout India and Latin America, their mission is to increase production by increasing the amount of chemical fertilizers, herbicides, and chemical dependent high-yield seed varieties farmers use. They are also aggressively pushing genetically modified seeds and the involvement of agribusiness giants such as Monsanto—currently being investigated by the Department of Justice for monopolistic practices in the United States seed market.

“The biotech seeds are patented. You cannot replant. You cannot harvest and store them before replanting. You’re totally dependent on Monsanto.”
-Josphat Ngonyo

Many civil society groups in Kenya are outraged by AGRA’s plans and wonder why they have not been involved in deciding what is best for Africans. Josphat Ngonyo, director of the Africa Network for Animal Welfare and member of the Kenya Biodiversity Coalition, states, “AGRA didn’t involve the people in Africa. This was an idea pushed onto Africa that does not work. If Africans aren’t included, it’s clearly not about us.” Ngonyo, along with many other organizers and farmers, often asks a basic question that the foundation has yet to answer: Why do you want to spread the very same farming methods that have made our farmers poor and hungry?

Many farmers’ biggest worry, however, is losing control of their seeds. AGRA’s grantees are teaming up with Monsanto and other seed companies to distribute free, patented seeds to farmers and discourage farmers from saving seed. As Ngonyo explains, “Now we’re having seeds from Monsanto, the biotech seeds that are patented. You cannot replant. You cannot harvest and store them before replanting. You’re totally dependent on Monsanto.”

What's good for Monsanto isn't necessarily good for Kenyans, nor is it the best way to adapt to climate change.
at June 03, 2011