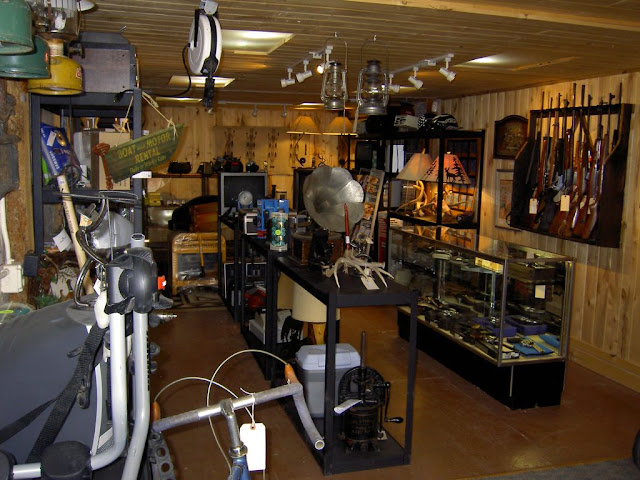 Since the average American pawn shop loan is somewhere around a hundred bucks, why not go with an upscale version that allows the wealthy to get rid of their crap for cash AND avoid having to rub elbows with a desperate, unemployed commoner?

Launched earlier this month, Pawngo mostly works just like a regular pawnshop. Customers seeking a short-term loan offer an item. Pawngo appraises it and then offers a loan smaller than the item's assessed value. For instance, a watch appraised at $1,000 might act as collateral for an $800 three-month loan with 5 percent monthly interest. If the customer pays Pawngo back, she gets her watch returned to her. If not, she keeps the cash and Pawngo keeps the watch.

There are a few marked differences, though. One big difference is physical. Nearly all U.S. pawnshops are strictly brick-and-mortar businesses, selling unclaimed goods and appraising new items on site. But Pawngo—backed by Lightbank, an investment fund started by two Groupon founders—is a posh website. Business is conducted via email and over the phone. The customer sends in and gets back her collateralized item by FedEx overnight. Her loan comes not in cash, but by bank transfer. Pawngo eventually plans on opening up its own Web shop for acquired (that is, unredeemed) goods. For the moment, though, it sells those goods through other online retailers, auction houses, and eBay.

The money goes right to the old bank account? Well, that's not going to lead to any abuses, now is it?

I love pawn shops. If it wasn't for this system, I wouldn't have any guitars. But, the larger thing to remember here is that the pawn shop business model has always flourished during hard times. Is this an indication that we are really living in desperate times? Or is this just someone cashing in on the fact that you can buy and sell crap on the Internet?
at June 17, 2011